As a hypnotherapist specialising in hypnosis and sports performance, over the past 5 years I have found that most people don’t like the idea of hypnosis or even the mention of the word hypnosis. However, from 3 years of experimentation with a number of individuals, I have found that guided meditation with guided imagery gets the same results, allowing the individual to be in full control at all times rather than mere suggestions being put onto the subconscious mind under hypnosis.

I call this mind coaching for sports performance. A lot of people go straight into physical training, which is good and does produce results. Yet a lot of people start, full of energy and enthusiasm and a few weeks down the line they start to fade away and fail at performing. There are a lot of reasons why people fail or struggle to perform in sports whether it is at recreational, amateur or professional levels. What I have found from working with people in this area, is that there is a belief that first physical training, get the body in shape and the mind will follow. However the subconscious mind causes resistance, especially in the beginning, thus the reason many people drop out. The reality is that when you train the mind first, the body will follow, helping the individual perform at a much higher level and achieve results in shorter periods of time no matter what level they are.

This does not mean that there does not need to be any physical training, they both work hand in hand. Training the mind first, removes any blocks that causes self-sabotage, resistance, fears and doubt. Individuals benefit from higher confidence, self-esteem and self-worth, allowing them to achieve their goals much quicker with a greater sense of accomplishment no matter whether they play sports at recreational, amateur or professional levels. Individuals with whom I have worked with, using mind coaching together with physical coaching from their sports coach, have moved from the recreational level to professional level within 4 months. However it is important to understand that the time period differs from person to person and not everyone will achieve the same results in the same time frame, however they do achieve their goals quicker than normal.

Feedback I have received from individuals who were part of my experiment group, have said that the mind coaching for sports performance not only helped them achieve their goals at much faster rates, but have helped them develop in other areas of their life such as career, business and living a fulfilling life.   They have also said that they do not procrastinate at getting things done and are more confident in taking on new challenges.

When working through the deeper levels of the subconscious mind, it becomes easier to transform negative habits to positive ones, overcome resistance and fear, release any blocks that holds you back from achieving your goals at a higher level. By training your mind first, physical training becomes easier, many are amazed at the sudden boost of energy they get when practicing for their sport. They feel more relaxed and calm at the start of their game or tournament no matter how big or small the crowds of spectators are. This calm, relaxed state carries over into other areas of your life leading to a rich, rewarding and fulfilling lifestyle. Train your mind first from a deeper level and your body will follow.

Many people believe that full on physical training, practice, will power and positive thinking will achieve the results they desire.  This is true but the reality is that they never discover their true peak performance because what they are actually doing is training the body and allowing the mind to follow.

In truth, it is actually the other way round.  First train the mind and the body will follow.  This allows the body to perform at higher peaks and responds to the subconscious mind rather than will power.

The subconscious mind cannot distinguish between reality and fantasy; this is where mind coaching can take advantage of creating much higher peak performance and achieving faster results.  This is done by taking what is reality, the sport one participates in, and putting it into fantasy onto the subconscious mind while in a deep relaxed meditative state.  The subconscious then converts this fantasy into reality; the results are that when in actual training or performing in the sport, a state of Dedjavou is created.  The subconscious mind automatically kicks in and takes control of the body causing it to perform better and faster allowing for higher peak performance and better results.

Coaching the mind to the point where the body follows the subconscious mind, boosts confidence, self-esteem, performance and stops procrastination.  Physical training and practice becomes easier and greater results are achieved during participation in tournaments.

Read the story of A’isha 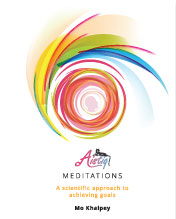